Africa The Role of Oil & Gas in Africa’s Energy Supply 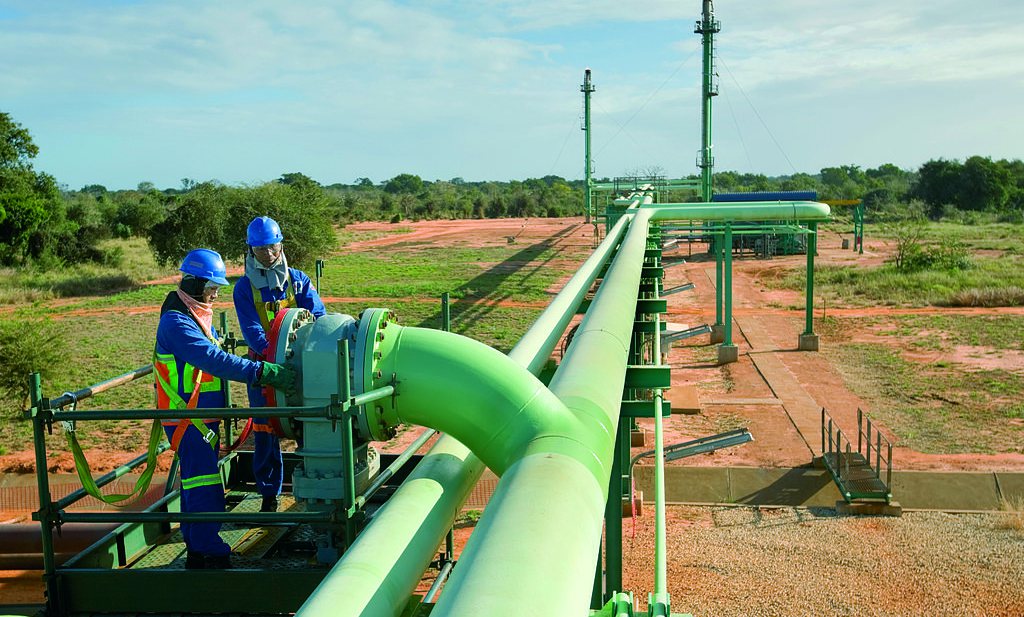 1
Photo credits: Gas Pipeline - Temane - Mozambique SASOL
Recently, a court in The Hague ruled that oil and gas giant Shell must reduce its emissions by 45% in 2030. The verdict shows the pressure is on on fossil fuel producers. Now Africa has 15 per cent of the world’s population but consumes only 3 per cent of its energy while it produces 12 per cent of the world’s energy. There are more than $340 billion of active oil and gas projects in Africa.

Sadly, Africans, which represent about 15 per cent of the world’s population, consume only 3 per cent of global commercial energy, though Africa’s share of global energy production is 12 per cent (AfDB). It may be that foreign countries’ efforts to improve their energy security have an adverse effect on African energy security, making it hard for Africans to afford their own energy resources (Emily Meierding).

This article was originally published at ABiQ. You can find the original version here
Sub-Saharan Africa’s energy dilemma
Even though energy contributes about 60 per cent to greenhouse gas emissions (UNDP), most agree that environmental concerns shouldn’t stop Africa’s electrification or hinder its development (Hafner et al.). Currently, 600 million people in sub-Saharan Africa (SSA) are without access to reliable electricity; and only 17 per cent of sub-Saharan Africa’s population have access to clean cooking (IEA). Indeed, that wouldn’t be a wise economic and social decision to stop oil and gas production in sub-Saharan Africa (Thurber & Moss). Especially knowing that oil and gas represent successively 16 per cent and 4 per cent of the sub-Saharan African energy mix (Enerdata/Pistelli). The latter will grow significantly over the next decade (Tralac/IEA) due to technological innovation and improved governance (PwC). However, business as usual isn’t an intelligent environmental move either.

African governments and large financial institutions have differing views
In light of the discussion above, some African governments’ support for continuing extraction of fossil fuels, but in a more efficient way, may be understandable. As regards oil and gas, sub-Saharan Africa’s “recoverable reserves” amount successively to over 200 billion barrels and 32 trillion cubic metres (IEA), or 7.5 and 7.1 per cent of global reserves for oil and gas, respectively (British Petroleum, Deloitte). That is, despite the falling cost of renewable technology, Africa still wants to cash in on its large reserve of fossil fuels. For example, oil represents well over 50% of Nigeria, Angola and Equatorial Guinea fiscal revenues. Overall, Africa accounts for 10 per cent of global oil exports and 8 per cent of global gas exports (Hafner et al.). However, African governments are also advocating for more investment into developing efficient carbon capture, utilisation and storage (CCUS) technology that is affordable and more planting of trees nationwide.

On the other hand, a growing number of large financial institutions (LFIs) are reluctant to invest in fossil fuels because of climate change concerns, disincentivising companies to carry out further exploration work (SAOGA). This decision may hinder the development of the oil and gas sector in sub-Saharan Africa and isn't well received in some parts of Africa. Especially in Abuja, Luanda, Tripoli, Cairo, Algiers and Khartoum. It may be relevant to point out that 91.5 per cent of proven natural gas reserves are in Nigeria, Libya, Algeria and Egypt (AfDB & Hafner et al.). Furthermore, 5 of them produce 90 per cent of the continent’s oil (Nigeria & Angola: about 50 per cent; Libya, Algeria and Sudan: just over 40 per cent) (Hafner et al.). Many African countries are still net oil importers, 38 out of 54 in total (AfDB).

At this point, there are more than $340 billion of active oil and gas projects in Africa, of which $150 billion are under construction (ABiQ). Security and political risk threaten some of the $190 billion of projects in the pre-execution stages (ABiQ).

c) Oil and gas companies should support the clean energy transition effort (SDG #7) by diversifying and investing, without control and a say,** in startups that focus on renewable energy (Atlantic Council).

** otherwise it can be an ideal entry point to frustrate the process and progression in the start up. Posing the question: What is the best way to counter bribery?

How did PwC approach and quantify the value and profitability of fossil fuel? Given the statement and desire for climate neutrality, the value of oil and gas for export to for example Europe by 2050 (and so will be the oil reserves in the ground) is practically worthless? Perhaps the export becomes (or is already) Asia/China only?