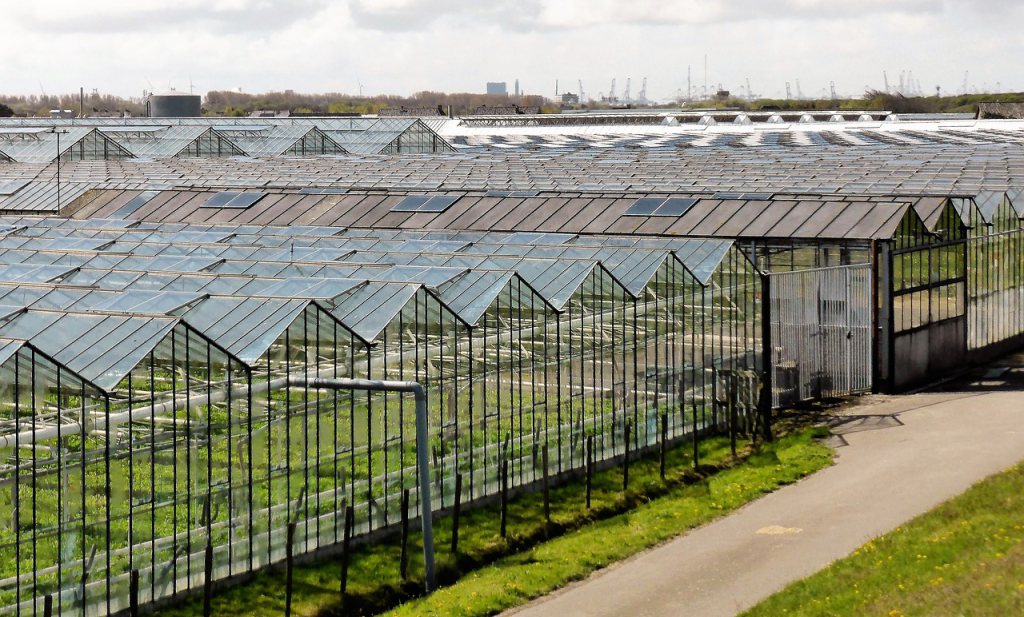 5
The Netherlands exports more than 90% of it's produce to surrounding countries.
Photo credits: 'Glastuinbouw', pixabay
In his speech directed to the Dutch citizens on March 16, 2020, Prime Minister Mark Rutte of The Netherlands stated: “The reality is that the virus is with us and that it will stay with us for a while.” In a subsequent press conference on March 20th, he stressed that COVID-19 has caused the biggest crisis in The Netherlands since the Second World War. A number of experts expressed their concern, - or hope - that life after COVID-19 will never be the same. But who knows for sure what will happen?
The fact remains that no one really knows or can sufficiently predict the future! As a matter of fact, since we live in a world of ever increasing uncertainties, risks and challenges we must learn to deal with the changing narratives. In other words, the question is this: What changes? When and how will it unfold? How long will COVID-19 keep us in this grip? Will the virus or new viruses force us to permanently change our way of living, working, travelling, or interacting?

Even now, at the beginning of 2021, much is still unsure. But from the perspective the Dutch Horticulture Sector in 2020, we’ve set some very strategic steps.

Scenario Analysis
At the start of the COVID-19 crisis, the Dutch Horticultural Sector was faced with immense plummeting demand for flowers, the likes of which have been unheard of in the over 100 year history of Dutch Flower Auction systems. Furthermore, vegetable chains directly related to food service were facing near annihilation of their sales.

What are you worried about when you think of in-depth investments and the long-term development of your market?

This led to the formation of a Horticulture Crisis Team, consisting of branch organisation and governments. The short term goal was to focus on securing direct elements in relation to getting business going again and realising government funding for loss and turnover. But there was also a long term focus on realising and forming a separate strategic scenario team. This team was requested to explore possible futures based on existing trends and possible structural impacts of the virus. Their results were presented last November.

"What are you worried about when you think of in-depth investments and the long-term development of your market?" National and international developments that affect horticulture were collected: economic, climatic, political, sociological, demographic. We asked a group of leading entrepreneurs in the horticulture value chain about their biggest concerns, then classified the largest uncertainties and developments with the greatest impact in a matrix.

In the form of a Scenario Analysis, horticulture entrepreneurs were given the opportunity to better orient themselves towards the future. The Coronavirus crisis and the relating barriers in exports that arose as a result were the reason for this. Other situations that caused this need included the threat of no production workers from Eastern Europe being allowed into the country. Such situations can occur again and again during a lockdown.
But here, structural questions arise as well. Dutch horticulture exports more than 90% of its produce to surrounding countries. That’s a higher percentage than meat and dairy. Isn't it time to start producing a little bit closer to consumers? But how do you do that in such a way that you maintain production volume in order to stay efficient? And what investments in technological innovation need to take place to stay in business?

During the process, Deputy Adri Bom of the province of South Holland explained her views on Dutch horticulture in a conversation with Dick Veerman. As far as she is concerned, the area in which Dutch growers sell their products should be limited to 600 - 800 kilometers around the greenhouses. This means, for example, that the Dutch no longer need to supply tomatoes in Warsaw, Milan, Vienna, and Marseille. She also wants to sell Dutch knowledge to entrepreneurs elsewhere the world in order to better serve growing urban populations with fresh products.

The message is clear: horticultural entrepreneurs (from all forms of horticulture and its supply chain) must think more carefully about their future

Assisted by horticultural organisations and researchers, the Horticulture Crisis Team has confronted the growers. The message is clear: horticultural entrepreneurs (from all forms of horticulture and its supply chain) must think more carefully about their future. How the Crisis Team sees the future of horticulture remains unclear; only the main drivers are identified. But the team maintains that the growers have to make their own choices. This is a completely different approach than the way in which Minister Carola Schouten, for instance, deals with farmers in the Netherlands. Schouten has formulated a circular vision for Dutch farmers that they must meet.

Dutch Horticulture, which is largely concentrated in South Holland due to the use of greenhouses, is presented with a series of questions. These mainly serve to help entrepreneurs determine where and how to invest, e.g. where to build their next greenhouse. These questions also force growers to ask themselves which type of consumer they want to target. The challenge then lies in carrying out these choices as smoothly as possible in a world filled with uncertainty and risk of viral infection.

Imagine
Plenty of opportunities are identified for the short term. But where will your company be in ten years? You know the trends globally. But which ones will prevail in the future? Should you take that organic, local-for-local trend seriously? And how will that take shape? Or will you have to go abroad to produce near Moscow? Will there be a recession? And how long will it last? Where do you get good workers from?

The trick to a Scenario Analyses is: look, look, but don't choose. At least, not immediately. And we have already done the watching, to a certain extent. The last step is up to you, the entrepreneur, and your team. Because you know your company best. Looking closely means knowing what to pay attention to.

Do you mean that you expected an automated translation? Unfortunately that is not (yet) the case. Sorry for that!

Once DeepL or Google Translate get real good, it'll work. But even then it will be kind of basic as nice phrasings and wordings are a craft and not industry.

So indeed: you'll have to write in English here if you want to reach out to the international community.

A very nice approach: scenario analysis. The process to get there is central, not the outcome. After all, predictions have only a limited shelf life.

The social trend over the past -few- decades has been to eliminate as many uncertainties as possible: food security, job security, social security, health security, safety, water management etc. etc. For example, within the Western world, the Netherlands is one of the countries with the highest insurance density per inhabitant. We insure ourselves against all possible 'uncertainties'. Leaving nothing to chance....

In our Western society, everything revolves around 'security'. In the current corona pandemic, we see that we have great difficulty dealing with uncertainties. As soon as this becomes an issue, many say that the 'government' must take care of everything. And oh woe be it if they don't succeed or make mistakes...

Not so for entrepreneurs: they are used to dealing with uncertainties. That is precisely their challenge! But is that really the case? There too the call for (government) measures is quick. This is understandable within the current social context.

In my view, therefore, the horticultural scenarios outlined are not so much about how the future might look but the essential question is: How will I, as an entrepreneur, deal with all the changes and (un)certainties? What type of entrepreneur am I? Therefore, the process of arriving at a picture of the future is primarily a search for your personal characteristics, how you react, together with your team, to changes that may or may not occur in a jerky manner. In short, your personal development as an entrepreneur should, in my opinion, be more central.

By looking, together with your team, at the future images for your company - and the uncertainties therein - and especially by asking the question of how you would react to them, you crank up the process of personal development! That is the real importance of these scenarios.

Thinking about the future is very helpfull , especially when you try to create your own.
The mindset to create your own future is what drives entrepeneurs , young and old.
The scenario method helps growers to make choices , fitting to their personal view on how the world will evolve , and how they can react to make a difference.
And while there are many different trends occuring ; the winning strategy is not easily predictable. Bad news for banks en insurance companies, good news for all daring entrepreneurs and young startups !!

Dear Frans, In my experience if you want to be futureproof as an entrepreneur in horticulture business, you should have worked out your future scenario's. Those entrepreneurs whom are future fit, have done their homework already. On this group I'am nog worried about. The frontrunners are ready on this topic. Especially the middle group has to do some homework to create their roadmap for the future. It is very interesting to motivate this group to start their journey to dream, talk and create their future scenario's. The question is, whom is the kickstarter for those entrepreneurs? Their neighbour? The accountant? Consultant? The Bank? In my opinion grass isn't growing any faster when you pull the leaves..... Some care with water, manure, fertilizers, sun, warmth will help. Every dairy farmer knows that yealds then increases. My call is that all those stakeholders around the horticulture entrepreneurs give some care and attention to this very interesting group. Care and no pulling please. This leads to growing entrepreneurs, the best energyzer you could think of.