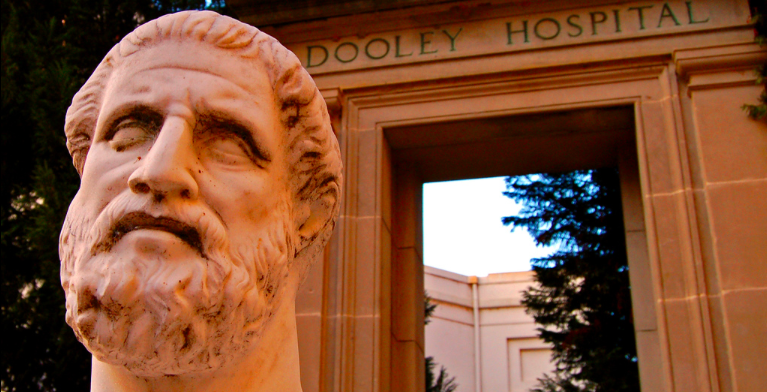 57
Fotocredits: Hippocrates, taberandrew
Met medicijnen corrigeer je wat fout kan gaan door je manier van eten en leven. Daarom kun je beter die manier veranderen. Daar denkt de wetgever anders over en dat zit ons in de weg, zegt Bert Schwitters (in het Engels). Eten moet weer de basis van gezondheid en de regelgeving daaromtrent worden, vindt hij samen met Hippocrates - de oude Griek die eten ons medicijn wilde laten zijn.
Lees ook
The father of Western medicine, Hippocrates, taught that food should be our medicine. He also formulated the original version of the Oath that is sworn by many phycisians. “With regard to healing the sick,” so goes the oath, “I will devise and order for them the best diet.” Physicians who take the oath also swear: “no man’s entreaty shall prevail upon me to administer poison to anyone, neither will I counsel any man to do so.”

Attack on genuine foods in favour of medicines
The Hippocratic Oath is not made by the leading members of the pharmaceutical industry and/or by legislators, authorities, scientists and politicians serving their interests. Their oath is not of the Hippocratic kind. Their oath says: “Let medicines be thy food.” They endorse and propagate the anti-Hippocratic vision that medicinal products, most of which have toxic side-effects, should take precedence over food. They relentlessly seek to enlarge and institutionalize their market by defining and redefining the legal definitions of food and medicines, so that the legal/regulatory borderline that keeps these markets apart is constantly moved in favour of medicinal products and with prejudice to food.

They continuously agitate against legitimate and genuine foods by challenging their legal status before national courts and, eventually, before the European Court of Justice. In numerous court cases, the European Court of Justice (ECJ) and its Advocates General were compelled to formulate and define the borderline that shall distinguish foods from medicines, so as to keep the relevant markets seperate and prevent borderline issues.

'Stealthy extension' of medicinal standards to food
In defense of food, the Dutch Advocate General Ad Geelhoed once wrote:

“In my opinion, there are three objections to too broad an interpretation and application of the definition of medicinal product. First of all, the concept of ‘medicinal product’ would cease to have any differentiating effect if it were to include products whose properties and action did not justify their being classified as such. This would harm rather than serve the interests of human health. Secondly, it could result in the specific Community regulations for certain categories of food – containing provisions relating to the particular risks of the products – losing their regulatory object. I am thinking, inter alia, of Regulation No 258/97 concerning novel foods and novel food ingredients and Directive 2002/46 on food supplements. Thirdly, a ‘stealthy’ extension of the scope of [Medicinal Products] Directive 2001/83 to include extraneous products would be detrimental to the free movement of goods.” ([I.])

Six criteria to stop 'stealthy extension
To stop the stealthy extension of the scope of the Medicinal Products Directive, the ECJ has constantly held that, in determining the status of a product, no less than 6 criteria must be taken account of:

“For the purposes of determining whether a product falls within the definition of a medicinal product by function within the meaning of Directive 2001/83, the national authorities, acting under the supervision of the courts, must decide on a case-by-case basis, taking account of all the characteristics of the product, in particular [1] its composition, [2] its pharmacological properties to the extent to which they can be established in the present state of scientific knowledge, [3] the manner in which it is used, [4] the extent of its distribution, [5] its familiarity to consumers and [6] the risks which its use may entail.” ([II]) (emphasis added)

Too often, emphasis is laid on the 2nd criterion, the pharmacological effect, as if this criterion, when fulfilled, would suffice to conclusively affirm the medicinal status of a product. Too often, the pharmacological cut-off point is used in isolation and out of the context, as if the other 5 criteria wouldn’t matter, would be irrelevant or would be of minor importance. However, in the “Red Rice” case, ([III]) the Court explicitly confirmed in point 2 of its Judgment that without exception all criteria must always be checked, case-by-case, finished product-by-finished product:

“Article 1(2)(b) of Directive 2001/83, as amended by Directive 2004/27, must be interpreted as meaning that the characteristics of the manner in which a product is used, the extent of its distribution, its familiarity to consumers and the risks which its use may entail are still relevant to determining whether that product falls within the definition of a medicinal product by function.”

In line with these concerns, the ECJ has also drawn a clear and fairly constant borderline across which a food’s pharmacological or therapeutic effect no longer influences or changes its legal status of food. This borderline was developed in the “Garlic” case, in which the European Commission went against the decision made by the Federal Republic of Germany that a food supplement containing a garlic extract should be classified as a medicine. ([IV])

In defense of food, Advocate General Verica Trstenjak argued in that case:

“[…], I believe that it should be pointed out that the legal assessment to be conducted by the Court must not be restricted to the health-promoting effect which garlic has as a foodstuff in the present state of scientific knowledge. Many products which are clearly foodstuffs according to the established view may also objectively serve therapeutic purposes. On the basis of the restrictive interpretation of the definition of ‘medicinal product’ advocated here, the question must be asked whether the contested product in itself offers any additional benefit compared with garlic in its natural form.” (emphasis and numeration added)

To underpin its opinion, the Advocate General made the following footnote:

“ See also Köhler, H., […], who classifies among foodstuffs which serve therapeutic purposes herbal teas and other medicinal herbs, including grated carrots to combat intestinal parasites or garlic to prevent arteriosclerosis. He believes that it is absurd to classify them as medicinal products because of their therapeutic function alone.”

In its Judgment, the Court affirmed the Advocate General’s Opinion as follows:

“63. Furthermore, although only the provisions of Community law specific to medicinal products apply to a product which satisfies the conditions for classification a medicinal product, even if it comes within the scope of other, less stringent Community rules […], it must be stated, as is shown by a reading of Article 1(2) of [the Medicinal Products] Directive 2001/83 in conjunction with Article 2 of [the Food Supplements] Directive 2002/46, that the physiological effect is not specific to medicinal products but is also among the criteria used for the definition of food supplements.

64. In those circumstances, and in order to preserve the effectiveness of that criterion [the physiological effect], it is not sufficient that a product has properties beneficial to health in general, but it must strictly speaking have the function of treating or preventing disease.

65. That statement is even more relevant in the case of products which, in addition to being food supplements, are recognised as having beneficial effects on health. As the Advocate General observed, in point 60 of her Opinion, there are many products generally recognised as foodstuffs which may also serve therapeutic purposes. That fact is not sufficient however to confer on them the status of medicinal product within the meaning of Directive 2001/83.”

I underlined in paragraph 64 the crucial words in this section of the Judgment: “strictly speaking,” “à proprement parler,” “wirklich,” “propriamente parlando,” “daadwerkelijk,” “en sentido estricto.” All these terms are variations of the term sensu stricto, which means that the definition of the term medicine by function must not be broadly but narrowly read and interpreted. This is where the first legal definition of medicinal product (medicine by presentation) essentially differs from the second (medicine by function). Concerning this difference, the ECJ has held that,

“Contrary to the definition of medicinal product by presentation, whose broad interpretation is intended to protect consumers from products which do not have the effectiveness they are entitled to expect, the definition of medicinal product by function is designed to cover products whose pharmacological properties have been scientifically observed and which are genuinely designed to make a medical diagnosis or to restore, correct or modify physiological functions.” ([V])

The food supplement industry should not only strongly defend the borderline drawn by the ECJ, but, as a matter of strategy, it should make serious efforts to regain ground that has been lost. These efforts could e.g. focus on propagating and applying the concept that the physiological effect produced by a food or foodstuff in quantities in excess of those that can be ingested under conditions of normal consumption of a balanced and varied diet and/or by adopting a certain diet shall be the new borderline in “by function” evaluations, such in order to preserve the effectiveness of that criterion.

This objective could be achieved by formulating a new regulatory definition of the term “food.” Such a definition should be formulated taking account of the concept in Intended Normal Use (INU), ([VI]) in the sense that “food” shall not be defined in terms of “what it is,” but in terms of its INU. After all, the INU of food is that it produces a nutritional or physiological effect in humans. Therefore, food should be legally defined as any substance or product, whether processed, partially processed or unprocessed, intended to be or reasonably expected to be ingested by humans, for the purpose of exerting a nutritional or physiological effect in order to maintain and support the growth and development of the body and maintain, restore, correct or modify its physiological functions. This is how, in accordance with Hippocrates, food can be our medicine, while retaining its legal status of food. 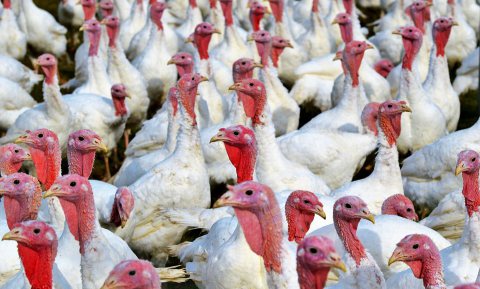 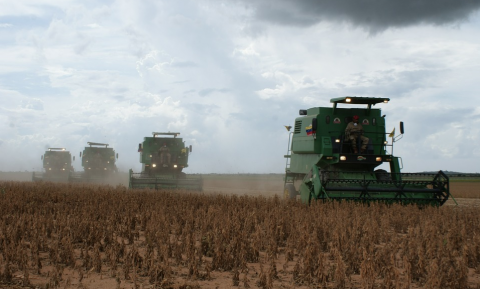 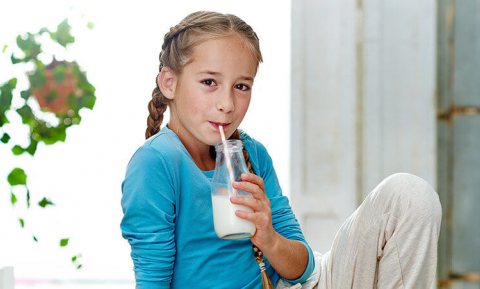 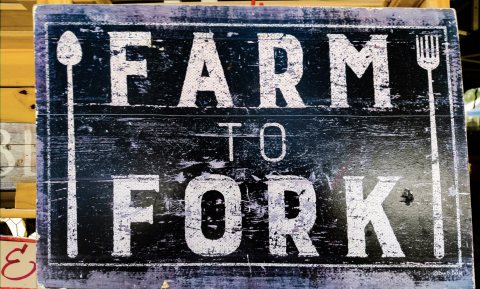 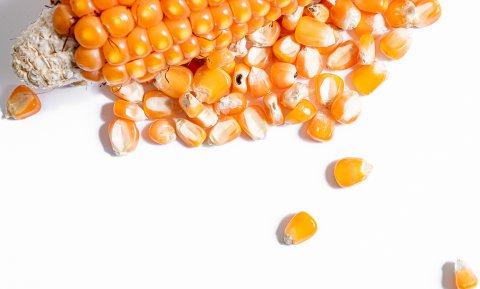 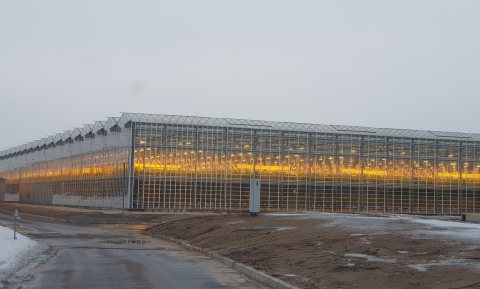 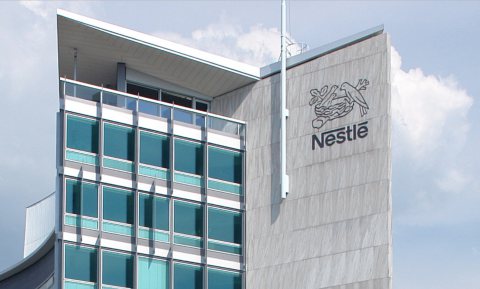 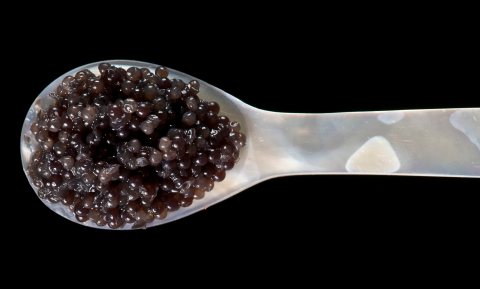 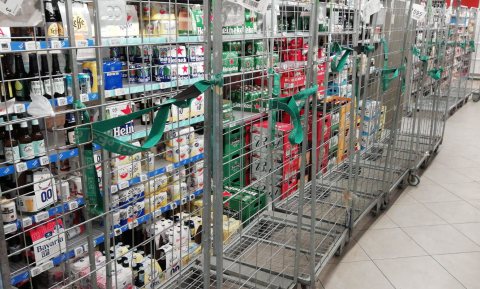