Africa Okonjo-Iweala in the WTO top job: breaking the glass ceiling is a win for all women 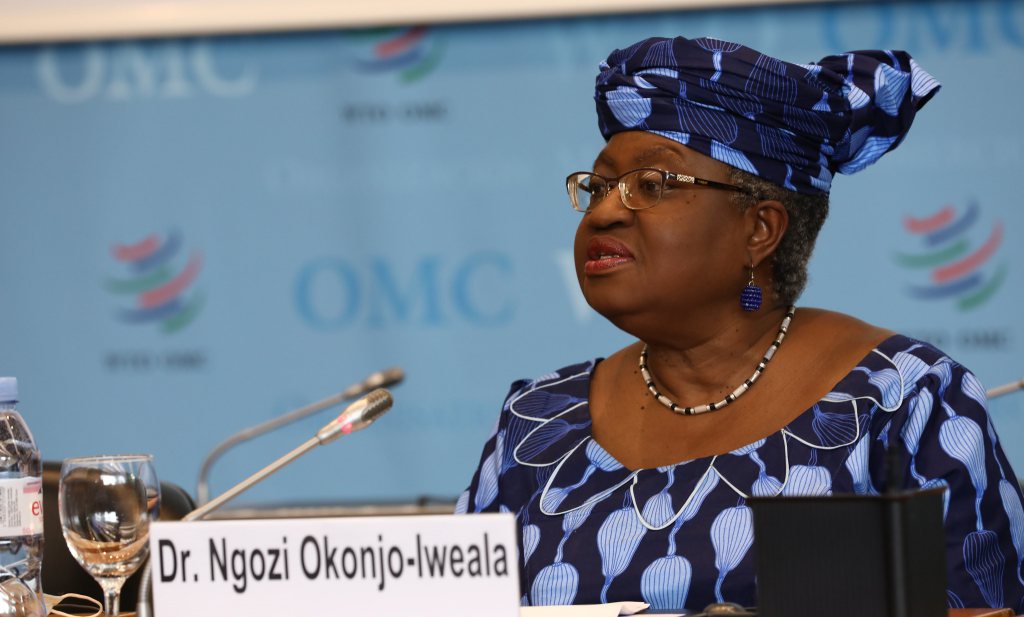 0
Dr. Ngozi Okonjo-Iweala, pictured above.
Photo credits: Dr. Ngozi Okonjo-Iweala, WTO
Dr. Ngozi Okonjo-Iweala has become the first woman and the first African to be chosen as director general of the World Trade Organisation. The Conversation Africa’s Wale Fatade asks Dr Monica Orisadare, an assistant professor of economics and director of the Centre for Gender and Social Policy Studies at Obafemi Awolowo University, Ile Ife, Nigeria about Okonjo-Iweala’s achievement and what it means.
What does her career rise represent for Nigerian women?
Actually this is a great achievement. Not only from the Nigerian woman’s perspective but the African woman’s perspective as well as women all over the world. Breaking this glass ceiling is an achievement for all women. It means there is still hope, despite what we have on the ground.

Data shows that the number of women in positions of power, the number of women as captains of industry, compared to that of men is appallingly low. By 2030 the world is expected to have at least achieved some gender equality as set out in the targets of the Sustainable Development Goals. Most times women feel it’s a difficult feat to achieve. There are lots of women struggling to be heard. And despite their efforts they may feel, well, maybe it can’t be, given the patriarchal nature of the world we live in. But what this appointment shows is that governments, organisations and society still believe in women and that they can still be there at the top to manage affairs.

This achievement is not just a day’s work. It’s a kind of investment that she has nurtured for a long time.

Will it have any impact on women in Nigeria?
I believe it will. It’s a kind of impetus, a kind of encouragement for women here in Nigeria. I know a lot of people, a lot of women who are there putting in the effort in every aspect of life here, either in academia, as captains of industry or in politics, but presently the number the country has is very poor and not encouraging. Nigeria ranks among the least countries in terms of women in parliament. At present, Nigeria has just 3.63% female representation in parliament. This is a far cry from what is needed – the 35% through affirmative action. When you begin to talk about projects, programmes, that will affect women, we are not there yet.

Her appointment means we should not relent in our fight against gender inequality. We should still put in more effort in order to win the fight and be able to get what we want.

How do you feel about the appointment – as a female academic, a gender scholar, and development economist?
What does it say to me? I see focus and many years of hard work.

For me as a development economist and as an academic, I see her as a kind of role model – which she is. In fact she is a mentor to all women struggling to become achievers. She’s strong in her focus. She never gave up, despite the opposition.

I think there are some qualities that she possesses that I learnt from and also respect. Coming from that background, I know that she must have struggled. She must have worked in situations in which there were always more men than women. I can tell you categorically that that’s what it is like in many work places around the world and in my department here in the university. We have about 30 academic staff out of which only four are female.

It’s like that in most of the departments. So if we are getting few women coming on board, it means putting in more effort and not resting on our oars. By pushing a little bit harder we will get to the point where we will stand out – as she has done now.

She stood out among so many others, even among the men. She is a force to be reckoned with and she is somebody worthy of emulation.

For me she stands out as a person, she is a source of strength, somebody I look up to and I want to learn from.

How do you explain her rise? What could have been responsible?
The first is her background. Family background, educational background and her experiences. She had good education, which gives her an edge. And then her experiences at the World Bank and also as a finance minister in Nigeria and later a foreign minister, sitting on boards of so many big organisations. The opportunities she had to experience both worlds of the developed and developing countries which I believe formed her outlook.

I think those are factors – the rich country and the poor country outlook. This could have been a major factor in getting her to where she is now.

Are there tangible benefits Nigeria will derive from her appointment?
Yes, I believe there are.

I will start from the many policies and reforms she helped put in place as a finance minister in Nigeria. She fought corruption. For example spearheading the negotiations with the Paris Club which led to the wiping out of US$30 billion of Nigeria’s debt, and the outright cancellation of US$18 billion. She helped build an electronic financial management platform, the Government Integrated Financial Management and Information System, with the support of the World Bank and the IMF to the Federal Government of Nigeria. She also started the Treasury Single Account and the Integrated Payroll and Personnel Information System, which meant that many ‘ghost workers’ were phased out. Ghost workers are people whose names are on the payroll but are not known to work in the particular organisation. Yet they are paid salaries regularly. By 2019 nearly N200 billion had been saved.

She also initiated a process under which every state had to publish their accounts.

She’s mentioned that she’ll be focused on achieving inclusive growth in raising the standard of living for all. And I believe her perspective, the way she sees things, could be different given her dual citizenship. She’s not only going to serve the interests of the developed world, but also those of low income countries.

I see her facilitating the kind of positive policies that she has been known for in other positions she held. I also want to have this broad view, that it is not for Nigeria alone, but for low income countries, which covers the whole of Africa, parts of Asia and other low income regions like Latin America. I see her supporting policies that will drive up their economy and also benefits all – both the low income and high income countries.