Africa How to tackle food waste and security bottlenecks in Africa? 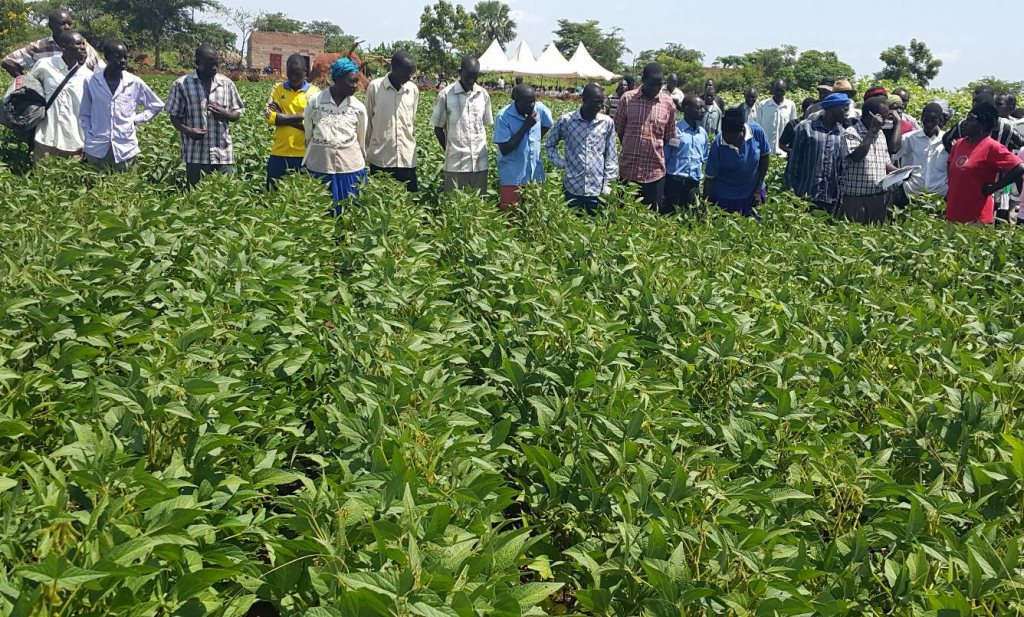 3
Photo credits: N2Africa
Sub-Saharan Africa suffers from insecurity, a lack of development in agriculture and foodwaste. How to change that situation. Dr. Ikechi Agbugba proposes an agro sector growth and value-chain development perspective. Government is needed to protect local markets against imports en to provide security and stability. Once those conditions are in place, investors and the market will cement growth.
According to the Food and Agriculture Organization (FAO) of the United Nations (2018), an estimated 1.3 billion tonnes of food is wasted globally each year, projected as one third of all food produced for human consumption. Not surprisingly, most of this waste occur in developed nations. For instance, per capita food waste by consumers (not including the production process) in Europe and North America is around 95-115 kg per year, compared to just 6-11 kg in sub-Saharan Africa (SSA) and South/South-East Asia regions.

The essence of this write-up discusses deliberate investments by African governments and the private sector tackling food waste as a means to food security in Africa.
Common causes of food waste in restaurants include overbuying, overproduction, and spoilage. Overbuying is often a result of inadequate forecasting of consumer demand and the large quantities of food that restaurants typically need to purchase at one time. Moreover, inefficient processing and drying, poor storage, and insufficient infrastructure are instrumental factors in food waste in Africa. In Sub-Saharan Africa, post-harvest food losses are estimated to be worth US $4 billion per year or enough to feed at least 48 million individuals (FAO, 2019).

Terrorism, conflicts, border closures and immigration are expected to continue to dominate the African continent. The total economic cost of terrorism in Africa from 2007 to 2016 is at least US $119 billion.

Africa made great progress in a number of fields in 2019, including holding peaceful elections in many parts of the continent and increased economic growth. At the same time the continent faces a number of major challenges to development, such as adverse impact of climate change, increasing water scarcity, biodiversity and ecosystem loss, desertification, low resilience to natural disasters, potential non achievement of the Millennium Development Goals (MDGs), energy crisis, food crisis, limited benefits from globalization and health issues, security of life, assets and properties is another issue affecting the growth and progress of its economy.

African governments at all levels, must take responsibility by providing adequate security for farmers, processors and other stakeholders in the value-chain. At the same time, it cannot be overemphasized that here is a vast and massive opportunity for investment in Africa’s agriculture sector

Lack of value addition
It is essential to promote activities that would ameliorate security as not doing so will continue to hamper Africa’s economic transformation and leaves the door open to terrorism. Unfortunately, agriculture is particularly, and as usual, badly hit, As a matter of fact, agriculture is by far the single most important economic activity in Africa and significantly provides employment for about two-thirds of the continent's working population and for each country contributes an average of 30 to 60 per cent of GDP and about 30 per cent of the value of exports. On the other hand, food and agricultural value-chains in Africa are closely knitted and interdependent to such an extent that a change or distortion at the input supply node automatically impacts the agro-processor and most times even the end user or final consumer. However, it is pertinent to note that one of the greatest unresolved challenges facing Africa's agribusiness sector is the lack of value addition.

Value-Addition is the process of taking a raw commodity and changing its form to produce a high quaility end product. Value-Added is defined as the addition of time, place, and/or form utility to a commodity in order to meet the tastes/preferences of consumers. More so, value-added agriculture may entail increasing the economic value of a commodity through particular production processes such as organic produce, or through regionally branded products that increase consumer appeal and willingness to pay a premium over similar but undifferentiated products. In Africa, the agriculture/agribusiness sector could offer immediate value-addition through commodity-based industrialization thereby exploiting forward and backward linkages with the rest of the economy.

Waste and lack of growth
The rising state of insecurity in Africa particularly the Sub-Saharan Africa has had a direct negative impact on the growth of the agriculture sector. On top of that food is still wasted as a result of a plethora of issues. Literature studies have shown that between 20 percent to 40 percent of perishable agricultural produce particularly fruits and vegetables get wasted largely as a result of the following:

- Poor harvest and post-harvest handling techniques
- Poor infrastructure and amenities
- Lack of processing facilities and a myriad of challenges faced by the existing few. Such bottlenecks range from policy summersaults, highly priced loans to high cost of operations, all things remaining equal
- Insecurity; which in recent years has become a major deterrent to the flow of goods and services along the value-chain

Government and private investments needed
Whilst there are various ongoing efforts by developmental organizations to fix the identified gaps, the role of government in the provision of security cannot be over-emphasized. However, in my opinion, I feel that a deliberate investment by African governments and organized private sector (OPS) activities will provide meaningful support for Africa agriculture sector.

As a matter of fact, the growth, productivity and value-chain development can only be achieved by doing the following:

- Massive investment in Research and Development (R&D).
- Encouraging local production and processing (value-addition) of commodities before exports. This is really important in boosting foreign exchange earnings and of course, government would not continue relying solely on crude oil
- Supports through import substitution by increasing tariffs on imports
- Encourage large commercial production of commodities by providing farming inputs such as fertilizers, agro-chemicals and other needed materials for large-scale production
- Tackling food waste caused by post-harvest loss by investing in storage facilities and warehousing
- Providing logistics support for aggregators
- Improving the use of technology in agriculture (Agtech) to increase farm yields
- Tackling of food waste, processing and storage facilities at the farms

The value-chain development (VCD) must be the priority for African governments to ensure food security and sufficiency to promote sustainability of the sector.

If the agriculture sector can be well-harnessed, it will generate adequate revenue for governments thereby providing employment for large number of persons.

For instance, for some Sub-Saharan countries, Nigeria remains the largest global producer of cassava, yet the country imports cassava derivatives from abroad. That is a total aberration and should not be pursued.

Finally, it is evident that insecurity poses a great threat to food security and sufficiency, especially in Sub-Saharan Africa (such as South Africa and Nigeria) thereby resulting in significant food inflation as recorded in the last quarter of 2020 by Statistics South Africa (SSA); South Africa’s Department of Agriculture, Forestry and Fisheries (DAFF); and Nigeria’s National Bureau of Statistics (NBS).

So, African governments at all levels, must take responsibility by providing adequate security for farmers, processors and other stakeholders in the value-chain. At the same time, it cannot be overemphasized that here is a vast and massive opportunity for investment in Africa’s agriculture sector.
Comment
3 comments
Oldest first Latest first

Ken Giller sends us this article (with lots of infographics) on food insecurity in Africa Food insecurity crisis mounting in Africa (Africa Center for Strategic Studies).

Acute food insecurity in Africa has increased by over 60 percent in the past year and threatens to widen further as the effects of COVID-19 exacerbate other drivers such as conflict and political mismanagement.

Ikechi Agbugba interesting article and combined with the Dutch RVO report, post by Dick Veerman it's given clear guidance of a path of reducing food waste in Nigeria. But now the question who's in charge?

Ikechi Agbugba, I only saw it today, otherwise I would have sent it to you before: the Dutch government service RVO just published Food Loss in Nigeria (January 2021).